The Cross Q infotainment system that is standard on Cross models has been updated. Nearly all 2022 Cross models will feature the new Cross Q 2.0 version as standard equipment. 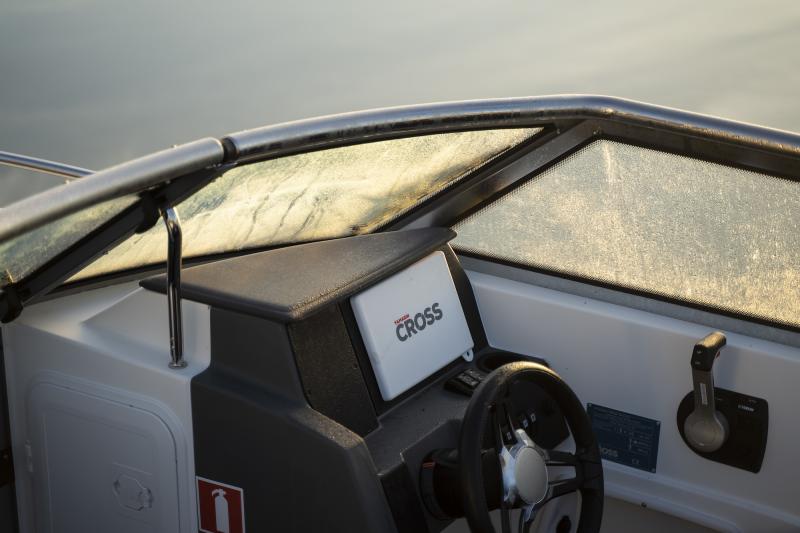 Cross Q is a Linux-based onboard computer and infotainment system that has been developed in Finland. In addition to nautical charts and electronic navigation, Cross Q contains the boat's entire instrument panel, user guides and instructional videos, local weather data, a radio and an internet connection. Cross Q also integrates seamlessly with Yamaha outboards and anticipates service needs.

Smoother to operate and new functions

The updated second-generation Cross Q infotainment system includes all the features familiar from the previous version, but both the interface and the technology behind it have been updated. A more powerful processor and a faster satellite locator combined with a 4G modem make Cross Q 2.0 smoother to operate. It also features a more powerful internal amplifier, eliminating the need for an external amplifier when using the radio and music functions on smaller boat models.

The new interface, in turn, offers new possibilities for customising views to suit individual preferences. An infinitely adjustable split screen makes it possible to view navigation charts at two different magnification levels at the same time, as well as view the chart and sonar simultaneously. Shortcuts can also be programmed individually for the most often used functions.

The Cross Q smart display can be supplemented with a number of accessories, including sonar, a high-precision fishfinder, an AIS automatic identification system, a premium sound system, a pulse compression radar and remote control.

The Cross Q infotainment system can now also be connected to a mobile app that includes user guides for the boat and motor, as well as an electronic logbook that records not only the route and distance, but also fuel consumption and weather information.

Remote control in turn adds convenient features such as a preview function. At the press of a button, the chart view advances to show the way ahead and then returns to the original view around the boat when the button is released. The remote control can also be used to switch between screen functions and to control such features as the navigation, sound system and trolling speed for Yamaha outboards.

The biggest model, the Cross 75 BR, comes with the Cross Q Wide infotainment system as standard. The new Q Wide screen makes it possible to select two views simultaneously according to individual preference. For example, one side of the screen can display a nautical chart while the other side displays the instruments. Q Wide also makes it possible to display multiple chart views at the same time and to flexibly adjust the size of the charts.